MultiChoice Group and its partners use cookies to help deliver services and for advertising purposes (see details in Privacy Policy ) By using this site you agree to this. You can change your cookie settings in your browser.
Media: 20 July 2020

M-Net brings Black Is King, A Film by Beyoncé, to Africa on 1 August

On that night, M-Net will also be available to Dstv Compact Plus, Compact, Family and Access viewers! 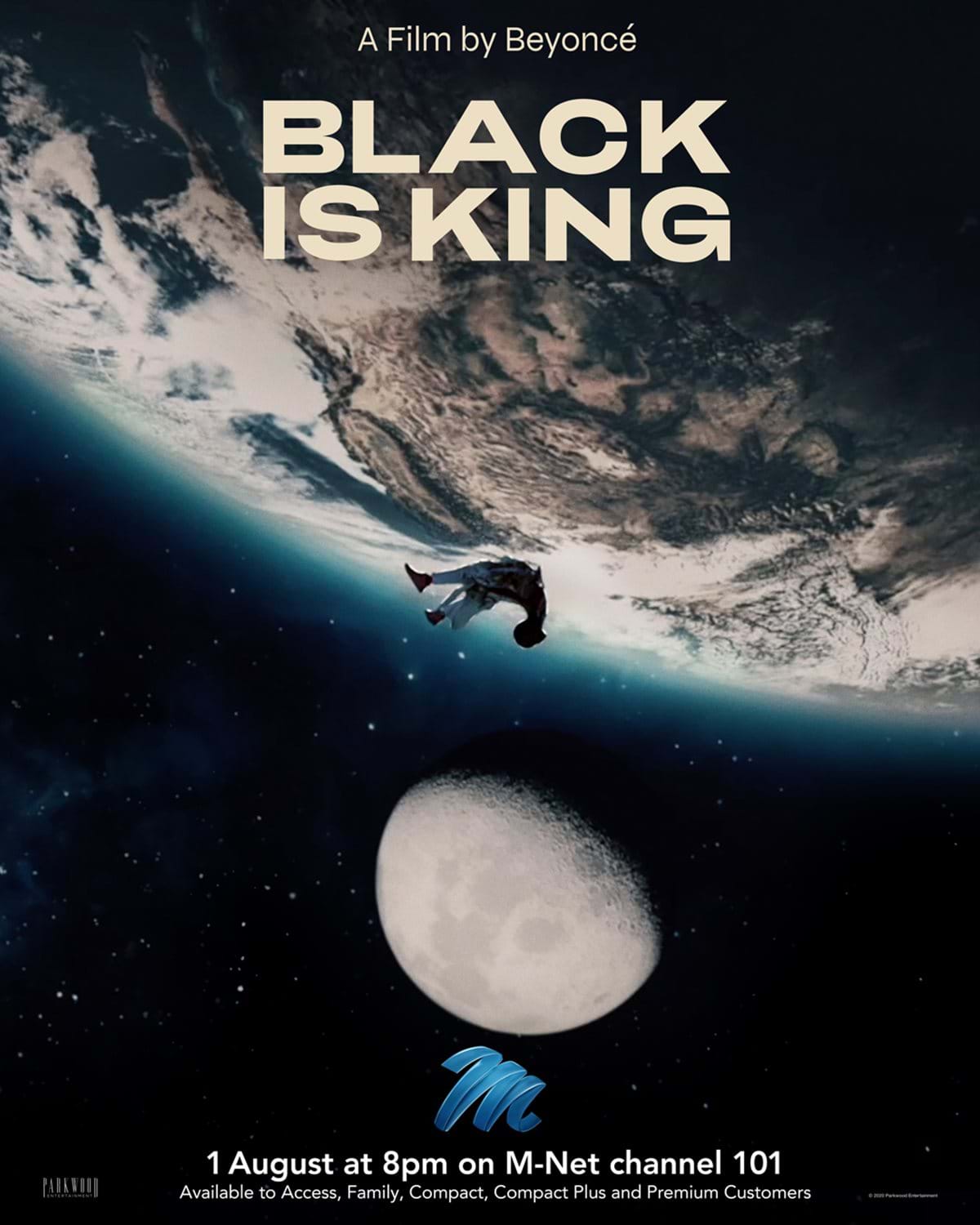 M-Net, the MultiChoice Group’s flagship channel on DStv Premium, has acquired the rights from The Walt Disney Company to screen Black Is King across Africa. The film by Beyoncé, is based on the music of The Lion King: The Gift from last year’s release of Disney’s The Lion King.  The teaser and trailer about this new visual album are already taking the world by storm.

More good news is that M-Net will bring Black Is King to the continent within 24-hours of its debut on Disney+. The M-Net screening is scheduled for Saturday, 1 August at 20:00. And, DStv customers who don’t have access to M-Net can shrug off any FOMO (fear of missing out). As a special treat for those subscribing to other DStv packages, the MultiChoice Group will open M-Net to DStv Compact Plus, Compact, Family and Access for two hours on the night that Black Is King arrives in Africa. Furthermore, DStv Premium customers will be able to enjoy it on DStv Catch Up for 30 days.

“Showcasing this landmark visual album and global television event to as many of our loyal viewers as possible, MultiChoice Group and M-Net yet again cement their reputation as Africa’s most-loved storyteller, “says Yolisa Phahle, MultiChoice Group CEO: Video Entertainment. “We’re very excited to be part of this global event, but what makes Black Is King even more important for us, is that it shines the spotlight on the many phenomenal African creatives who were involved in the project – both on screen and behind the scenes.”

Christine Service, Senior Vice President of The Walt Disney Company Africa, adds: “Black Is King is a powerful, relevant and timely creative and celebratory expression of identity that we felt was important to be shared with fans across Africa as it launched globally on Disney+. We’re thrilled to continue the journey that started with The Lion King.”

Starring featured artists from the film’s music soundtrack as well as guest appearances, Black Is King tells the story of a young king’s journey through betrayal, love, and self-identity. Guided by his ancestors, father and childhood love, he earns the virtues needed to reclaim his home and throne.

Thus, it reimagines the lessons of last year’s The Lion King for today’s young kings and queens in search of their own crowns. The film was in production for a year, with a cast and crew that represent diversity and connectivity.

Filmed in various locations, the film’s cinematography captures beautiful people and landscapes across continents, starting in New York, then Los Angeles, South Africa, West Africa, London and Belgium. From all those places came an extraordinary cast of actors and dancers that influenced the film’s rich tableau and vibrant choreography.

The new trailer provides a glimpse of some of the special guests in the film. They include models Aweng Ade-Chuol and Adut Akech, supermodel Naomi Campbell, Tina Knowles-Lawson, author and Academy Award®-winning actor Lupita Nyong’o, singer Kelly Rowland, Pharrell Williams and JAY-Z, among others. Many artists featured on The Lion King: The Gift album also make appearances.

Among the well-known Mzansi stars featured in Black Is King are Connie Chiume (Gomora), Nandi Madida (The Road), Nyaniso Dzedze (Binnelanders) and Warren Masemola (The River).

For more information on this new exciting special, visit mnet.tv. To join the conversation, follow M-Net on Twitter @Mnet (#BLACKISKING) or on the official M-Net Facebook page.