MultiChoice Group and its partners use cookies to help deliver services and for advertising purposes (see details in Privacy Policy ) By using this site you agree to this. You can change your cookie settings in your browser.
Jantjies another SRC graduate to make it big in international rugby
Media: 22 July 2019

Jantjies another SRC graduate to make it big in international rugby

The most obvious sign of the massive impact Stormers scrumhalf Herschel Jantjies made on his Springbok debut in the Rugby Championship game against Australia on Saturday is that he wasn’t even available to speak to the media afterwards. 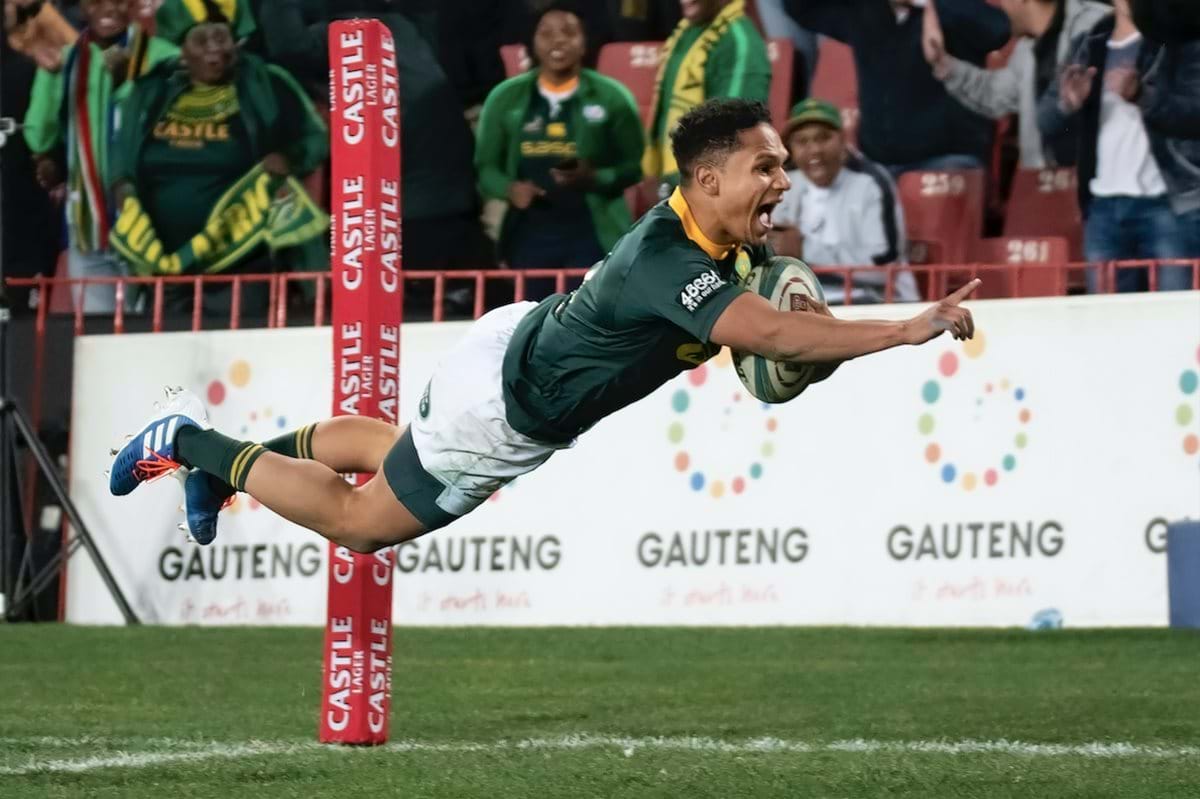 Ordinarily, the Bok player of the match does his bit in front of the media not long after the match.But the SuperSport Rugby Challenge graduate had bigger fish to fry as he had to jump in the shower and catch a lift to OR Tambo Airport to join the 13 players already in New Zealand hopefully preparing for a repeat of last year’s Wellington heroics against the All Blacks this weekend.

Jantjies had gone into the game against the Wallabies as one of three players on trial for whether they had what it takes to make it at international level. By the end not only had he been the difference between the two teams, he looked as every bit like he belonged there.

Forget the brilliant option-taking, sharp distribution and a tactical kicking game that warmed to its task as the game wore on, the 23-year-old came perilously close to scoring a hat-trick of tries and punched way above his 1.67m and 75kg in defence.

The two tries he scored – where fellow SuperSport Rugby Challenge graduate Sbu Nkosi drew the last man and put him away for the Boks’ opening try, and Jantjies sniped around an unattended blindside to score – came at critical moments in match.

The first calmed his teammates’ nerves while the second helped the Boks cash in on a period in which they’d put pressure on the Wallabies to put a breathing distance between the two sides on the scoreboard.

Even when he was dragged down millimetres from the tryline from scoring a third, late in the second half, the Springboks ended up scoring as lock Lood de Jager picked and drove from the ruck formed there to score.

Jantjies dominating his international debut was an emphatic nod to the sound foundation the SuperSport Rugby Challenge provides its graduates (the scrumhalf was still playing in the competition last year).

“They are guys who can play Super Rugby but, unfortunately, because of the quality of talent we have, there are not enough playing opportunities and you can’t accommodate everyone. It was a stepping stone to the level I’m at now.Every player’s dream – at least for me – is to play for Western Province and the Stormers. The SuperSport Rugby Challenge definitely helped a lot in my realising that dream.”