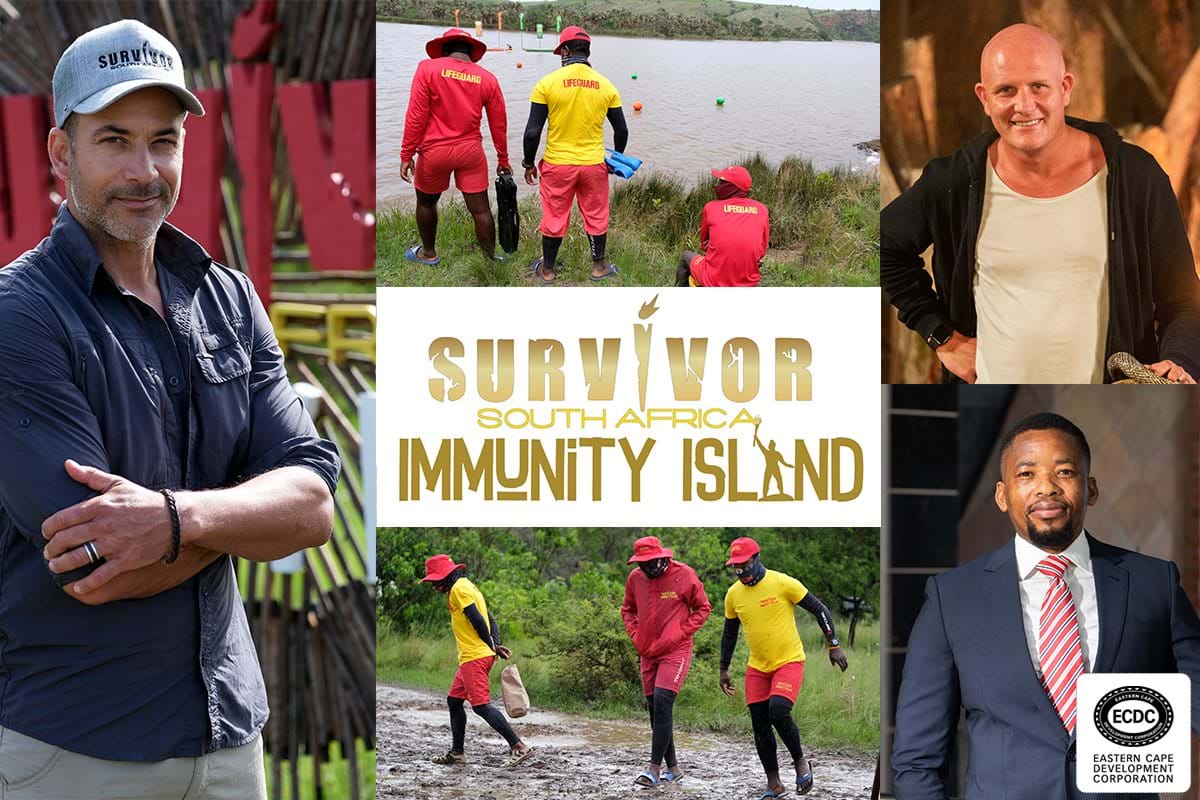 For the first time in the series’ 8-season history, Survivor South Africa was filmed on home soil on the Wild Coast in the Eastern Cape, thanks to an innovative partnership with the Eastern Cape Development Corporation (ECDC) – resulting in job creation, upskilling and a much-needed financial boost to the region.

The partnership, which saw the producers employ 103 local people across all departments of the show, also saw a substantial financial injection into the region. “During production, we employed local people as carpenters, set builders, production assistants, camera and grips assistants, lifeguards and security personnel, as well as painters, drivers and art department assistants,” says Creative Producer and Series Director, Leroux Botha. “Besides the skills transferred by the different departments to people who had never worked on a TV set before – let alone a production of the scale of Survivor South Africa - the influx of capital into the Wild Coast post the COVID-19 lockdown made a very big difference in the lives of the people of the area. A lot of the building material for the different challenges were also donated to the local schools and communities”.

ECDC Interim Chief Executive Officer Mandla Mpikashe says that the agency pursued the innovative partnership with M-Net for its potential to unlock economic activities in the province. “Through these strategic partnerships, the objective is to develop the film industry value chain to realize continuous investments, job creation and skills development within the Eastern Cape,” says Mpikashe. “The ECDC investment of R2 million towards the production of Survivor South Africa: Immunity Island in the Wild Coast resulted in an economic impact value of more than R10 million. Of the 103 jobs created by the production, 55 were held by women and 60 were held by local youth.”

When restrictions around the COVID-19 pandemic meant that production had to be kept close to home, producers from Afrokaans Film & Television immediately turned to the Wild Coast as a location, with its lush jungles and desolate beaches a perfect fit for the show’s challenging requirements. Botha says that Survivor South Africa: Immunity Island is going to put the Wild Coast – and the Eastern Cape – on the global map for other Survivor territories to possibly use the area as a location.

Botha says that the positive financial impact of hosting the production on the Wild Coast helped offset the area’s losses suffered as a result of the closure of many industries and the sudden halt to tourism – a major financial artery for the area. The production team harnessed the skills and stocks of local wood and steel suppliers, local artists, craftsmen as well as food and drink suppliers and hotel personnel, the numbers of which had to be increased due to the accommodation requirements of the Survivor crew and support staff. “As the producers of Survivor South Africa, we would like to thank the people of the Eastern Cape for their wonderful contributions to the 8th season of the show. It’s shaping up to be our best season yet, and the way the show looks, feels and showcases the region would not have been possible without the tenacity, dedication and skill of the local people and the support of the ECDC,” he says.

South African viewers wanting to relive all the great moments from Survivor SA ahead of the new season can find seasons 6 and 7 on Showmax.

Survivor South Africa: Immunity Island is produced by Afrokaans and once more hosted by Nico Panagio. The series will premiere on M-Net (DStv Channel 101) on Thursday 3 June at 19:30. For exclusive show content visit the M-Net website, and join the conversation with #SurvivorSA and #mnet101 on Twitter, Instagram and Facebook.