Dare to be curious

Sibongile’s sense of wonder has never led her astray. 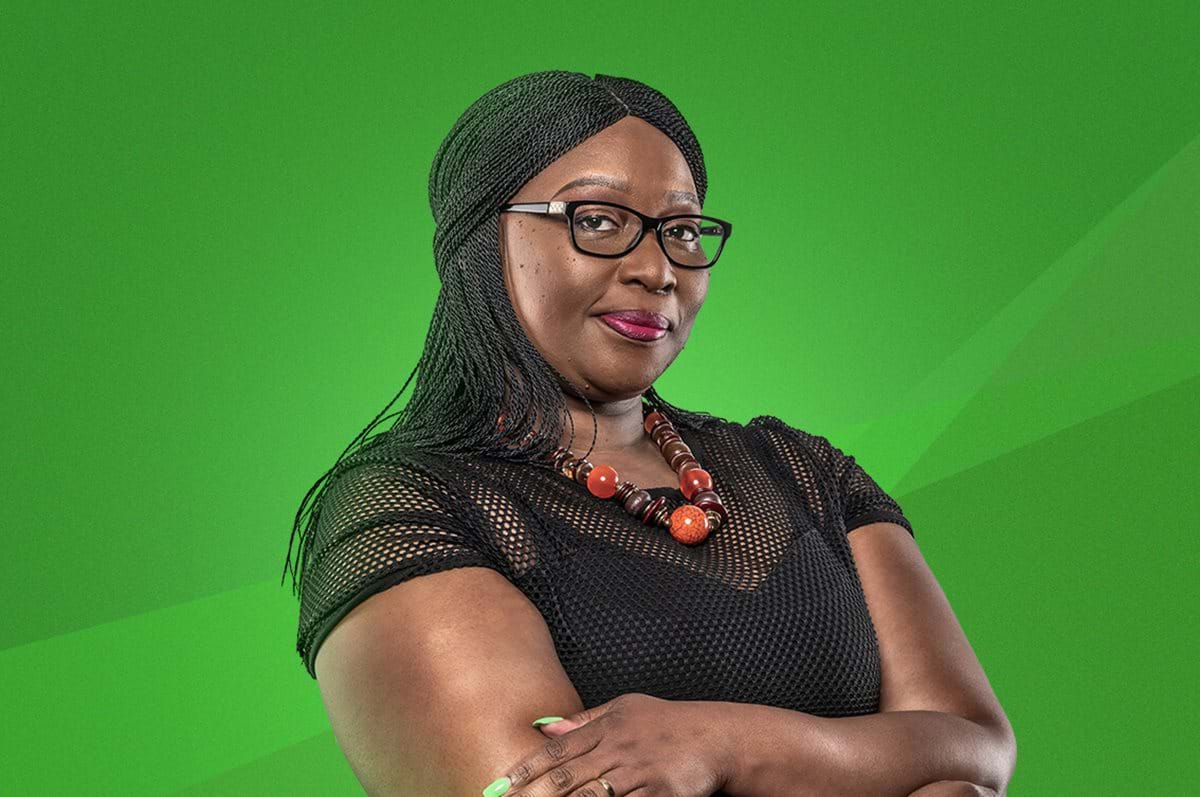 Sibongile’s reason for joining MultiChoice was unusual. “I was attracted to this beautiful building and kept wondering what went on inside,” she says. The beautiful building in question is the Explora building that forms part of the MultiChoice campus in Johannesburg. She fell in love with it and decided that this was where she wanted to work.

MultiChoice was a prestigious brand in her community, so when Sibongile landed a job as a switchboard operator there in 2003 she was filled with pride. But that was only the beginning. Sibongile’s burning curiosity and her willingness to take risks made her a valuable asset for the business and set her off on a path of extraordinary growth.

We caught up with her to find out just how far a sense of wonder can take a person.

Thinking inside the TV box

Sibongile began asking questions from the moment she started working as a switchboard operator. Her world suddenly grew bigger and she wanted to know how things fitted together. She spent most of her time redirecting calls to the call centre, which led her to wonder what happened in that part of the business. Within two years, she was an agent in the outbound call centre interacting with customers from all over the country.

The call centre taught Sibongile all about DStv products, packages and the channels within them – this stoked a greater curiosity inside her. “I wanted to find out how programmes aired on channels and how content got to people’s TVs.” So she kept her eyes open for positions at M-Net and finally got her shot as a log editor in 2007. The job was vastly different to her role at the call centre but one that presented an invigorating challenge.

“As a log editor, you are responsible for logging the programmes from the planned schedule to ensure they start and stop on time. In addition, all marketing promos and commercials sold by DStv Media Sales must be logged and timed correctly. You really don’t want to make a mistake because viewers will see every mistake on screen.” It was a nerve-racking job with several stakeholders to satisfy, but Sibongile felt like she was getting closer to the action.

Her journey took yet another turn when she decided to apply for the position of transmission producer. Transmission producers are responsible for checking and delivering transmission logs on designated channels and communicate with the transmission area to ensure all scheduled content is fit for broadcast. Even though this was a contract role – which meant that Sibongile had to resign from her permanent position – she was determined to acquire a new skill and take on another challenge. The risk paid off and by 2009 she had rejoined MultiChoice permanently as a transmission producer after proving her adaptability and showing that she had what it took to succeed in this space.

The running theme of not only curiosity, but the willingness to continually reinvent herself to stay relevant, is something Sibongile strongly believes in. Before her current role as Media Traffic Manager, she was an On-Air Manager and played a role in launching a suite of M-Net movie channels in HD in 2012 – something she considers as her proudest achievement.

“The entertainment industry is vibrant and constantly evolving – it has kept me on my toes and motivated me to strive for more,” she adds.

Sibongile values MultiChoice for supporting her ambitions and presenting her with opportunities to explore her skill set through hard work.

She says: “As technology and consumer needs changes, working in the MultiChoice Group affords me and my team many opportunities to deepen our expertise and acquire new skills to ensure we continue to deliver the best customer experience.”

Love what you do

Sibongile loves the stories we tell, what TV entertainment means to so many communities and is excited by MultiChoice’s renewed focus on local African stories. This, combined with the urge to push herself, have made MultiChoice Group the perfect workplace for her.

Through working with several stakeholders in her many jobs over the years, she has learnt the importance of building positive working relationships and collaboration. Sibongile relies on fostering relationships, impactful communications and adding value wherever possible.

She used her curiosity to open doors and now pays it forward by rewarding curiosity and initiative within her own team of more than 20 eager staff members. Sibongile works closely with each of them to develop in the best possible way to deliver content efficiently to all our expectant viewers.

When asked what’s the best part of working for MultiChoice Group, Sibongile didn’t hesitate to say: “The people. I really love working with the people here.”