Ceilings were made to be shattered

Nicola is rewriting her narrative as an ambitious woman. 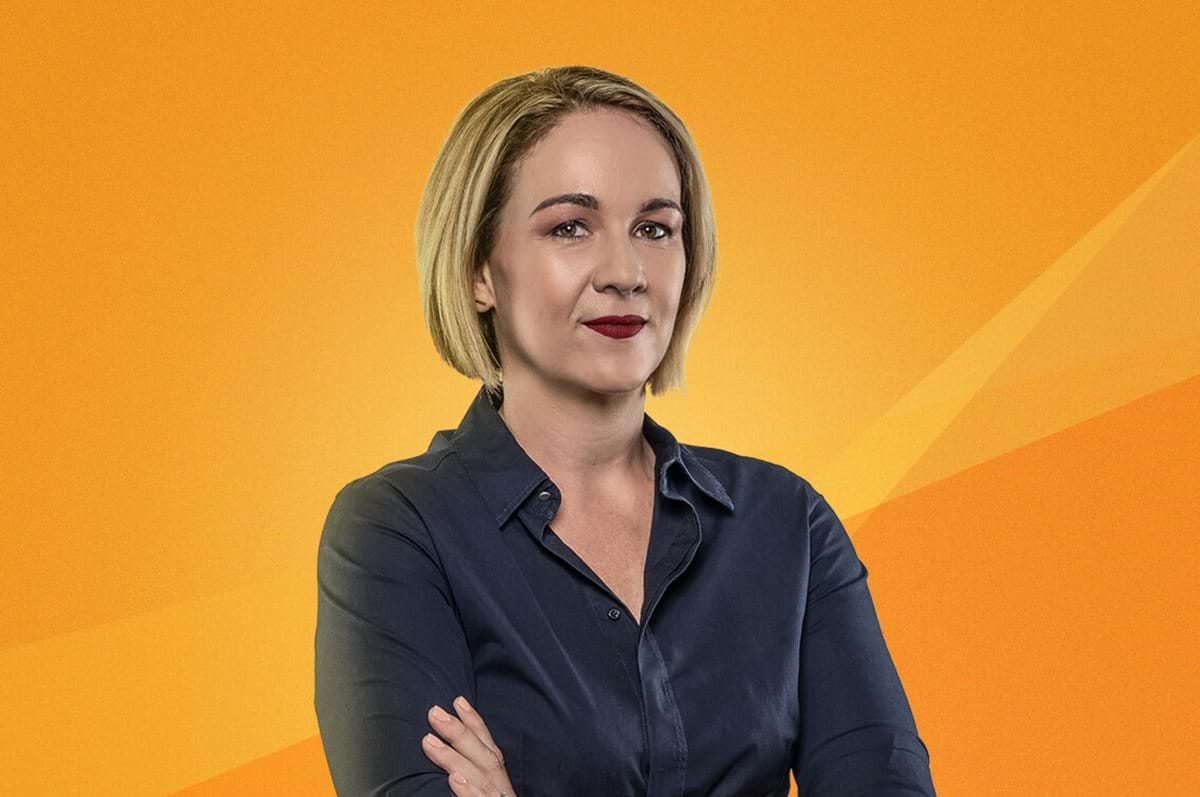 For as long as she can remember, Nicola van Niekerk has always wanted to work in television.

She has a vivid memory of the time kykNET launched 20 years ago and seeing the logo (the iconic sky-blue couch with a yellow star) appear on the screen for the first time. That was the day her dream to work in entertainment took hold of her and never let go.

Now, Nicola is the Senior Manager for Scripted and Factual Entertainment at M-Net, a role that’s perfect for someone with an insatiable creative spirit who’s always looking for something new to wrap her right brain around. We sat down with Nicola to find out how she managed to transition from working within the industry to working at MultiChoice, where she has stayed engaged and passionate about her job for the last eight years.

A business that invests in women

Nicola landed her dream role while she was five months’ pregnant, which didn’t stop her from pursuing her professional and personal goals. She first started at MultiChoice in our M-Net division in 2012 as commissioning editor for the kykNET channel. Essential to her Commissioning Editor role, Nicola worked to align the needs of the broadcaster with what was happening on set by ensuring that the content was always suited to the target audience.

“I applied in February and was hired a few months later, but by that time I was pregnant. I felt so conflicted – here I was getting my dream job, yet I knew I’d work for just a few months before going on four months’ paid maternity leave. Thankfully, this feeling didn’t last long. Upon sharing the news, I was met with so much support and care from my leaders that starting my own family and career at M-Net just felt right,” she says.

Nicola has consistently felt supported by the business to pursue her career ambitions and develop her skills while still being a present mother and wife. In her eight-year tenure at kykNET and M-Net, she has achieved an honours degree in film and television theory and is now pursuing an MBA. MultiChoice has wholly funded both degrees. She had never imagined that she would enrol for postgraduate studies. Still, the overwhelming encouragement and financial backing from the business gave Nicola the motivation she needed to dream bigger.

This level of skills development and work-life integration is not something she thinks she would have been able to find anywhere else, especially as a woman. Working at MultiChoice has played an important role in Nicola’s ability to do it all and not to sacrifice any part of herself.

“I honestly believe that all women in South Africa deserve a place at the table. And when I say that, I don’t mean they must be around a boardroom table or in the C-suite. I mean that women need to earn enough money to support themselves and their children and shouldn’t have to rely on anybody. And that’s why I’ve really enjoyed working here. It’s an enabling environment that contributes to the stability of my life and keeps me creative,” she says.

Being at the helm of scripted and factual productions for the kykNET channels is a mammoth task. It involves managing a team of commissioning editors, ensuring that tenders for content are granted fairly and assigning a budget to projects. All of this has to be done while maintaining a high standard of relevant and ground-breaking entertainment.

One such example of ground-breaking entertainment is the Afrikaans soapie, Suidooster. It premiered in 2015 as the first production in South Africa to cater to a Muslim-Afrikaans audience.

Nicola says: “We care deeply about our community of viewers and try to stay close to what they look for in programming – and this is what birthed the idea of creating a show that connects with our growing Muslim-Afrikaans audience.” Once deciding to take this direction, Nicola and her team worked furiously to have Suidooster up and running within six weeks of obtaining concept approval.

“What I love about this place is that we can push boundaries. You can come with something different, be passionate about it and bring a clear plan, and the company will let you run with it,” she adds.

A problem is an opportunity to be creative

“Things happen so much faster these days and I think what I’m really good at is being able to see a challenge or a new competitor and shift accordingly. We have so many constraints in this business – like budget and time – and the key is to be creative within those constraints,” says Nicola, who uses creative problem-solving to unlock fresh ideas.

Nicola would describe her work environment as one of mutual respect, dynamism and fun where diversity is celebrated. To stay relevant in this fast-paced industry, Nicola believes that it is vital to keep up with newer technology while actively taking on new challenges. She believes that anyone can advance their career at MultiChoice if they are willing to take opportunities, advocate for themselves and do the work.

“If you come to this company and are willing to speak up and prove yourself through delivery, your growth can be exponential,” she concludes.