Prepare to be amazed every day

Every workday is a new adventure for Dheshnie. 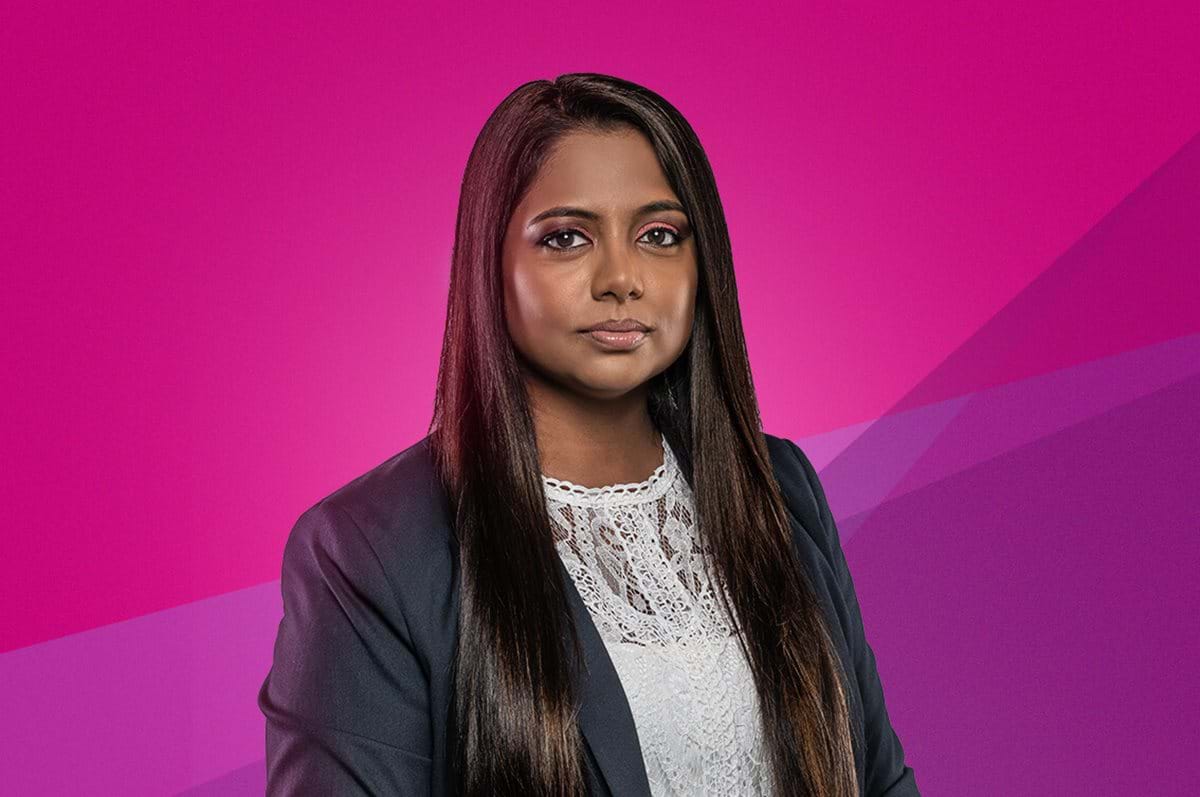 For most of us, team-building activities mean something like paintball, bowling or an escape room. But not for Dheshnie Naidoo. In 2018 she decided to try something unconventional and surprised her team with an outing to the orchestra, not to watch, but to participate.

To lend context, Dheshnie is the Head of Production Operations at SuperSport with a team of more than 100 staff, none of whom have played in an orchestra before, including herself. That day, her large team split up to become string, woodwind and percussion players. It was understandably frustrating as a variety of technical-minded and skilled individuals were suddenly required to play classical music by ear. But after they returned from lunch still begrudging what they were tasked to do, something magical happened. As the players took hold of their respective instruments, the sounds of Carl Orff’s iconic composition “O Fortuna” finally began to come together.

They had done it! Dheshnie’s team had come alive as an orchestra – however imperfect – in one day.

This kind of trust, collaboration and willingness to be led is essential for Dheshnie’s team that has to make a type of magic happen every weekend. Let’s find out how she brings it out in them.

Dheshnie was exposed to the television industry at a young age – it’s where she developed a love for entertainment and the people involved in creating and delivering programming.

This planted the idea of pursuing a career in the media industry. After high school, Dheshnie registered to study video technology at the Durban University of Technology. Students in their third year had to produce a video that would be sent to companies for in-service training consideration. Dheshnie was anxious and filled with anticipation but got the all-important call from M-Net and has been with the business ever since.

“I was always going to work in television but my goal was to work at M-Net. Because when you dream big, you naturally aim for the best,” she says.

Dheshnie first gained experience as an assistant audio operator but had her eyes on becoming a sound engineer. “I wanted to be the first female sound engineer to really succeed in this business,” she recalls. Not long after, she became an in-studio audio mixer and worked on live audio mixing for a broad range of M-Net programmes. After a successful run as an in-studio audio mixer, Dheshnie moved into the new territory of production events. As an events manager, she was responsible for coordinating the technical elements and assembling crews for many M-Net variety shows. Two years later, she was promoted to operations manager, where she spent the bulk of her time developing her skills and expertise in outside broadcasting (OB).

In 2011, there was a surge in live sports events and the business decided to invest in the expansion of this area by positioning itself to deliver this desired content to viewers. Dheshnie understood the importance of this move, especially in a sport-loving nation such as South Africa so she decided to join the SuperSport team.

She remembers initially feeling a little out of place and realised that she had to learn the ropes quickly. “Sport is a national pastime filled with so much emotion and expectation that it made the role all the more daunting. But I saw it as an opportunity to grow myself,” she says. The years of work poured into developing herself and her team paid off for Dheshnie because in 2018 she was promoted to her current role of Head of Production Operations at SuperSport.

All the world’s a stage

Dheshnie works in a male-dominated and highly technical field, so she’s always felt the pressure to be nothing short of excellent. Being Head of Production Operations at SuperSport means overseeing all OB facilities and operational studio crew responsible for sporting events all over the country every weekend. She works closely with her team of managers at sports events and the in-studio crew for half-time, pre- and post-game commentary – all while keeping the live broadcast seamless. Literally every millisecond is accounted for which requires professional focus and trust from everyone in the team.

On a typical weekend, Dheshnie and her team work tirelessly from Fridays to Mondays to bring live productions to the homes of millions. From sporting events such as soccer, varsity rugby, cricket and boxing to variety programmes, the OB team can easily produce 10 events in one weekend.

Says Dheshnie: “I don’t think this is a job anyone can do. It takes a multi-skilled crew of dedicated, passionate and in many ways, selfless individuals. We give up time away from our families and routines to travel the country and the world capturing the best in sports entertainment for our viewers.”

It takes a few hundred people scattered around the country to deliver the games we love so dearly every weekend. With so many moving parts, what Dheshnie and her management team do is not unlike the job of an orchestra conductor – everyone plays their role, and they bring it all together as a beautiful concerto.

“My management team and I value everyone’s passion for the work. It ensures that we all derive satisfaction from what we do. It’s incredibly exciting and I look forward to work every day because no two days are ever the same.”

We are stronger together

People skills have been instrumental for Dheshnie to manage her team and to do the work that she does. She relies on her humility and her uncanny ability to connect with people from all walks of life to turn a high-pressured work environment into a space where quality work can be produced.

“If you have integrity and humility as a leader, you will get the support of your team. They can see you want the best for them and that you also want to succeed, so they’re able to follow your vision,” she says.

This past year, Dheshnie didn’t put her team through the rigours of revisiting their musical skills. Instead, she chose to have a family appreciation day. Families form part of an essential support system that enables the team to be away over weekends and holidays working at sporting events. It was important for Dheshnie and her management team to express their gratitude to them.

“We’re all used to seeing celebrities on our screens, but I truly believe that the people I work with are the real unsung heroes and heroines of television,” she adds.